The trio of drivers will combine for seven races driving for Venturini Motorsports. 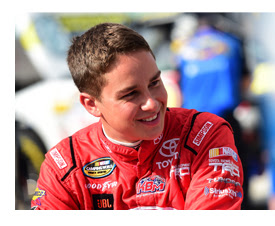 While drivers Christopher Bell and Tanner Thorson return to the team, 15-year old Raphaël Lessard is set to make his ARCA Series debut with VMS in Nashville.

“Toyota Racing Development is proud of our relationship with Venturini Motorsports,” says Jack Irving, Director, Team & Support Services Toyota Racing Development. “Entering their 35th year of ARCA competition, Venturini has set a formidable driver roster across the board and is poised for another winning season. I’m excited to watch this young group develop and perform.”

Christopher Bell, 2017’s Midget Chili Bowl Nationals winner and full-time driver for Kyle Busch Motorsports in the NASCAR Camping World Truck Series, will drive the number No.15 at Illinois State Fairgrounds on August 20 and the No.25 Toyota Camry at Chicagoland Speedway on September 14.

22-year old Bell, a two-time ARCA Series winner with VMS, swept both races at Salem Speedway last season while finishing third at Chicagoland Speedway. In five series attempts Bell has yet to finish outside the top-10 spots. 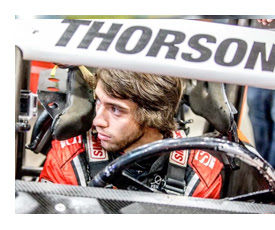 Thorson will also drive full-time in USAC with Keith Kunz Motorsports throughout the 2017 season.

Raphaël Lessard, a native of St-Joseph-de-Beauce, Quebec, Canada, will compete in three races with VMS driving the team’s No.25 Toyota Camry. Lessard, the youngest driver on the team’s roster, was the 2016 CARS TOUR Champion driving for David Gilliland Racing last season.

Lessard will make his ARCA debut at the Fairgrounds Speedway Nashville on April 8 in addition to making appearances at Salem Speedway on April 30 and at the high banks of Winchester Speedway on August 6. 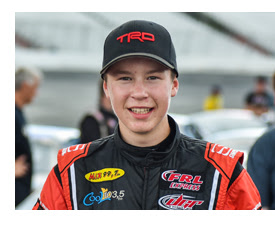 “We’re extremely proud of our relationship with Toyota Racing and the opportunity to continue our work with such talented drivers as Bell, Thorson and Lessard,” says Billy Venturini, Director of Competition for Venturini Motorsports.

“It’s a great honor to be able to carry the Toyota brand. All three of these drivers have a very high ceiling for success in motorsports. Christopher, with ARCA and NASCAR wins already under his belt, along with Tanner, have each proven themselves as two of the most dominant midget drivers in recent years and will both continue to improve as their stock car careers unfold. I followed Raphaël’s success last year and see tremendous talent in this kid. He has an infectious personality and will be fun to watch,” added Venturini.

Entering its’ 35th year of ARCA competition, VMS is widely-known for their success developing young drivers in the ARCA Series and has recorded 43-team victories during their longstanding series involvement. Thirty of team’s series victories have come since 2008.

PLANO, Texas (July 26, 2018) – Toyota captured its third manufacturer’s championship in the ARCA Racing Series after building an insurmountable lead on the strength of 12-straight victories in the first 13 races this season. The manufacturer secured […]