The all-Kiwi battle for the Virgin Australia Supercars Championship has heated up once again with Shane van Gisbergen firing a warning that he is coming to hunt Scott McLaughlin down in the second half of the season.

With no safety cars Van Gisbergen again made the most of a stunning start for a flag-to-flag win. McLaughlin was second and Ford racer Chaz Mostert scoring his first podium of the year.

“It was a good battle, he got back to me at the end but what a day,” Van Gisbergen said.

“Scotty is consistent and their team is on top of their game but I am enjoying the fight. Battling these guys every week up front, I am just loving it.”

A crowd of more than 47,000 people packed Queensland Raceway to watch Van Gisbergen get one back on McLaughlin in a reversal of form from the Kiwis in Ipswich. 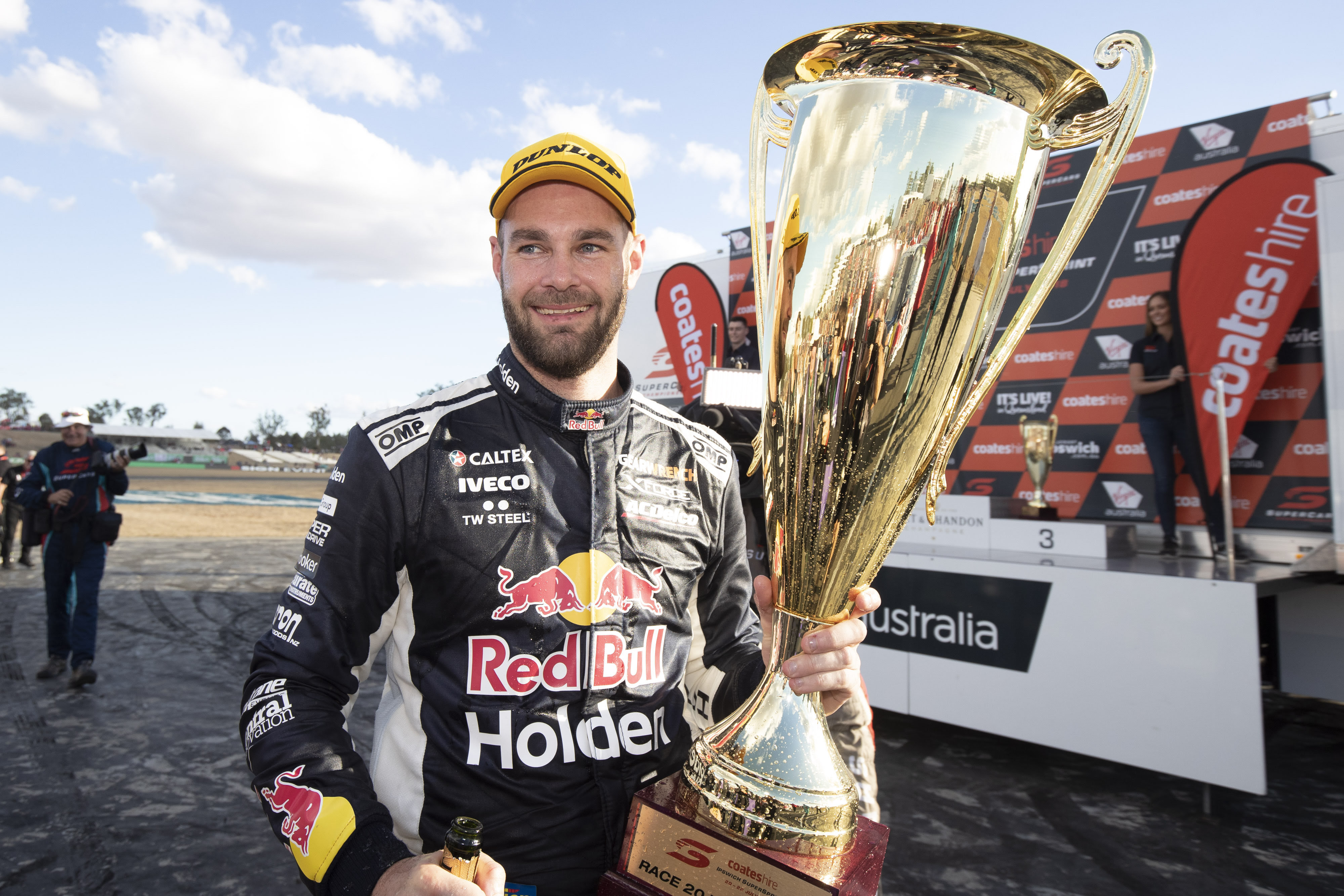 “It’s massive here for DJR and number 17,” McLaughlin said. “I think Dick (Johnson) is on a boat fishing somewhere at the moment. Congratulations to Shane, he was too good.

“We had a good battle in the middle but they were just too fast.”

As he did the day before Van Gisbergen got a lightning start to assume early control. McLaughlin got back onto the back of the leader a few laps in as the field settled.

McLaughlin’s record of ARMOR ALL Pole Positions put him on the front row for the second straight day. McLaughlin now moves into third in the all-time list of pole positions ahead of Craig Lowndes and behind only Peter Brock (57) and Jamie Whincup (75).

As they cycled through the pit stops the order at the front did not change. There were not the undercuts of the previous day or places nought through strategy.

The lack of any safety cars also stretched the field.

A podium felt like a victory for Mostert as he held Whincup at bay in the final laps. The pair crossed the line side by side in one of the battles of the day.

“It’s been a real tough year,” Mostert said. “To get a trophy gets the monkey off the back for the year. The car showed it could run with the front guys this weekend.

“You take it for granted when you get up here a few times. It’s not until you don’t get it and you are going through a slump it feels like the very first time.”

The weekend’s results mean McLaughlin leaves with an unchanged 131-point lead over van Gisbergen, after 20 of this year’s 31 races. 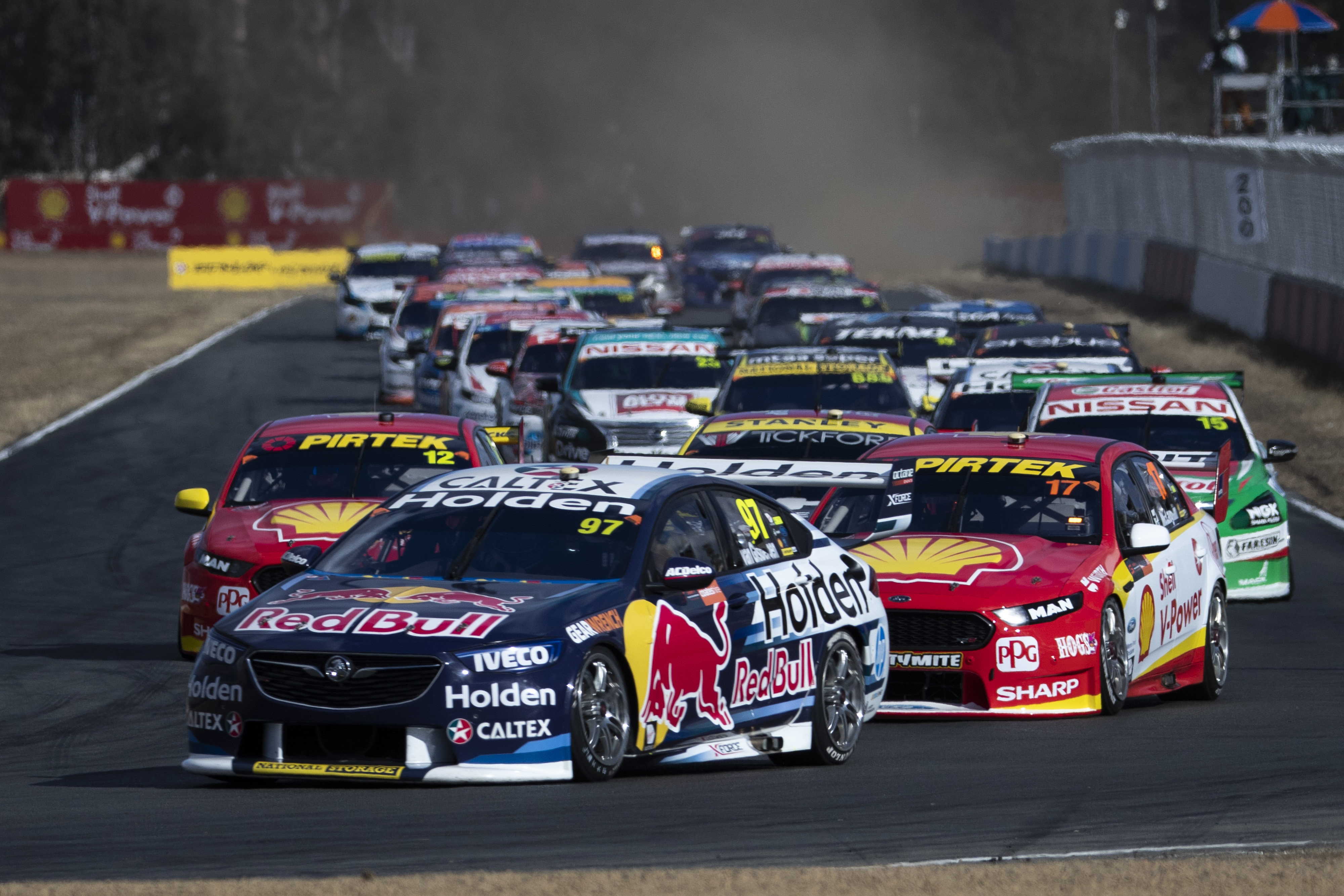 Fabian Coulthard finished fifth, like Mostert kept busy in the closing stages by drivers on fresher rubber. He kept Tim Slade and David Reynolds at bay, Slade the big mover in his Freightliner Commodore to come from 19th on the grid to sixth.

Slade and Reynolds both accounted for Craig Lowndes in the final stint. Lowndes spent the second stint right behind Rick Kelly’s Castrol Nissan, the pair running fifth and sixth but ultimately taking eighth and ninth.

Jack Le Brocq was the first rookie home in 10th, having been in the thick of the pack with Kelly ahead and Garth Tander behind.

As the Colorado was spun back onto the racing line, Alexander tagged Sieders, who was looking to capitalise on the incident. Sieders, a 23-year old from Kurrajong in NSW, was then tagged by Alexander’s SuperUte and flipped into the air in spectacular fashion.

At today’s reveal at the team’s Mount Waverley Garage, Winterbottom, Steve Richards and Charlie Schwerkolt uncovered the 2019 Livery surrounded by the team’s valued sponsors. IRWIN’s iconic classic blue and yellow will return to the […]

A legend’s fairy take and Greek tragedy delivered Craig Lowndes his seventh Supercheap Auto Bathurst 1000, and still on track to match, or beat, his mentor Peter Brock at the Mountain. The 44-year-old Bathurst master […]

Supercar superstars fight to the end at Albert Park